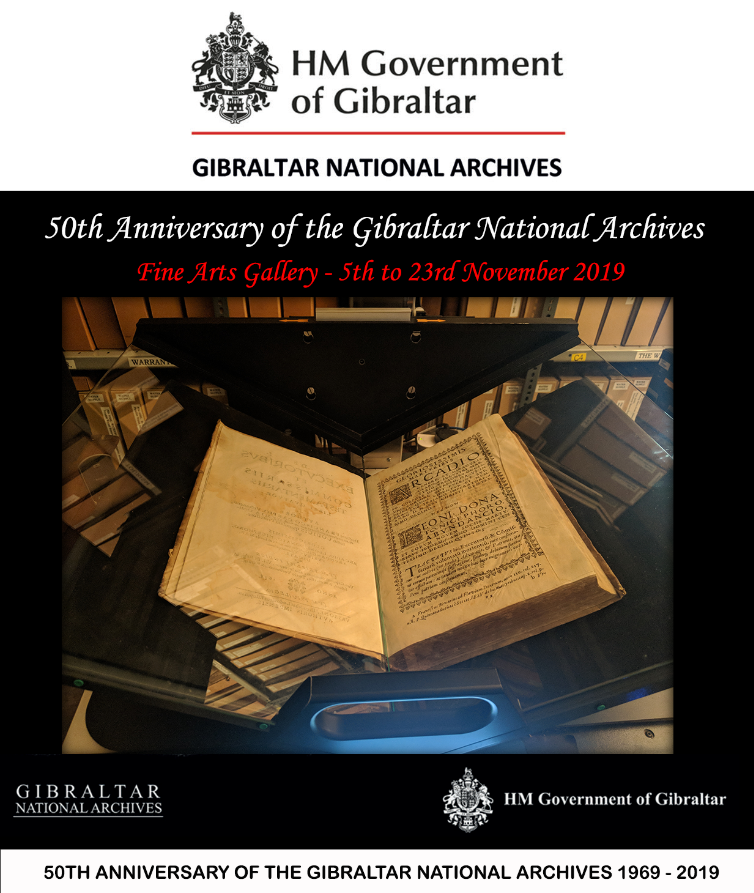 The Gibraltar National Archives (GNA) will hold an exhibition to celebrate the first 50 years of Archives in Gibraltar. The exhibition, at the Fine Arts Gallery, will be formally opened by the Deputy Chief Minister Dr Joseph Garcia on Monday 4 November.

It will be open to the public as from Tuesday 5th November and will close on Saturday 23rd November.

The event will be the cumulative work of past and present Archivists. A selection of small representative samples from the GNA repository treasure-trove will be on display.

The seven sections comprise 138 Panels, with 268 images on display.

The showpiece is a 19th Century oversized (265cm x 108cm) Ordinance Survey Map ‘Plan of the Fortress and Peninsular of Gibraltar including the Spanish Survey of 1865’ created by Royal Engineers Regiment Cartographer Lieutenant Charles Warren c1866.

There will also be a lecture series, which will include 45-minute talks with 15-minute questions and answers discussions, a Digitisation and Conservation station with daily demonstrations at 1100,1400 and 1700 and a selection of Gibraltar films.