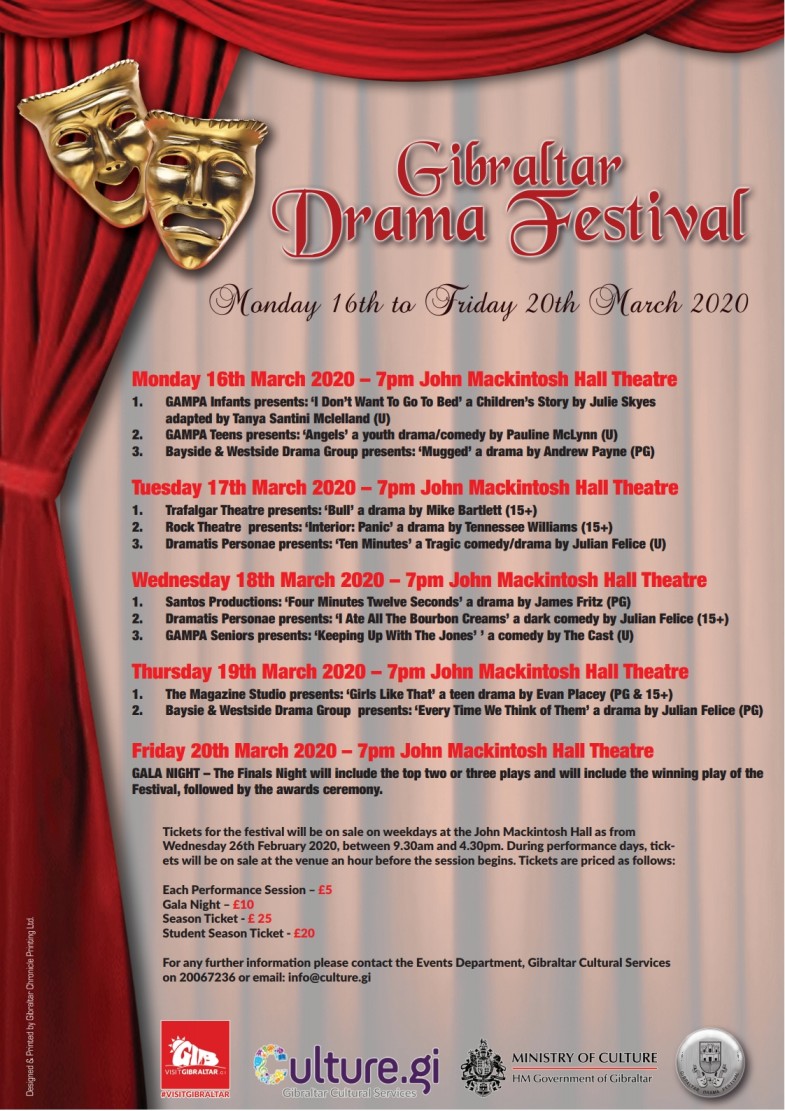 Gibraltar Cultural Services is pleased to announce the 2020 Gibraltar Drama Festival will take place from Monday 16th to Friday 20th March 2020. All performances will take place at the John Mackintosh Hall.

A total of 11 plays will be presented as follows:

1. GAMPA Infants presents: ‘I don’t Want To Go To Bed’ a children’s story by Julie Skyes – adapted by Tanya Santini Mclelland (U)

1. Dramatis Personae presents: ‘I Ate All The Bourbon Creams’ a dark comedy by Julian Felice (15+)

2. GAMPA Seniors presents: ‘Keeping Up With The Jones’ ’ a comedy by The Cast (U)

2. Bayside & Westside Drama Group presents: ‘Every Time We Think of Them’ a drama by Julian Felice (PG)

Friday 20th March 2020 – 7pm GALA NIGHT – The Finals Night will include the top two or three plays and will include the winning play of the Festival, followed by the awards ceremony. The Adjudicator will give a short delivery about each performance at the end of every session.

Tickets for the festival will be on sale on weekdays at the John Mackintosh Hall as from Wednesday 26th February 2020, between 9.30am and 4.30pm. During performance days, tickets will be on sale at the venue an hour before the session begins.

Tickets are priced as follows:

For any further information please contact the Events Department, Gibraltar Cultural Services on 20067236 or email: info@culture.gi