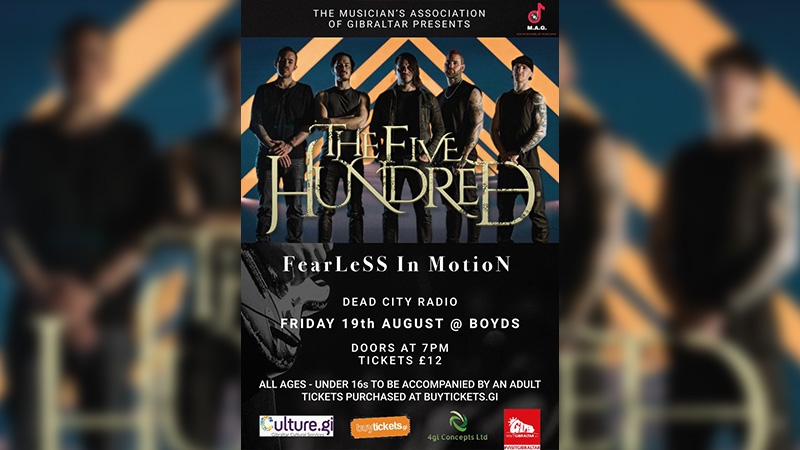 It's been a long time coming but finally UK based Metallers, The Five Hundred are due to arrive on the Rock and deliver a thunderous performance!

The Five Hundred are widely regarded as one of the best live Metal acts in the UK and their albums "A World on Fire" & "Bleed Red" received rave reviews.

Supporting them will the two locally based bands, Fearless in Motion, who will be paying tribute to some of the finest metal acts in the World and Dead City Radio who's modern take on classic rock has been a feature of the local scene for the last several years.

A night not to be missed for rock and metal fans alike!