As part of its ongoing maintenance programme, the Ministry for Heritage has embarked on a new project with the aim of restoring and revamping some of its most iconic artillery assets located throughout the Rock.

A number of cannon will now undergo extensive maintenance works where needed and fitted with tampions to protect the barrels from accumulating rubbish and suffering from water ingress, which has long been considered a problem for the conservation of these important historical assets. A tampion is a wooden plug or cover for the muzzle of a gun or mortar.

The new tampions bear the Coat of Arms of the Royal Army Ordnance Corps (RAOC), the Department responsible for the transport and issue of weapons and ammunition to troops as well as for the maintenance and repairs of all such weapons within the British Army. This included all artillery pieces, which although issued to the Royal Artillery, remained the property of the RAOC.

Until now, the only artillery piece displaying a tampion with the Coat of Arms of the Royal Army Ordnance Corps has been the 10-inch 18 ton gun at South Port Gates. The first phase of the new project will see new tampions fitted to guns located at the Alameda Botanic Gardens, Queensway and Ocean Village. The second phase will include those guns at Orange Bastion, Chatham Counterguard and King’s Bastion. A total of 39 tampions have been sourced through a local company and further phases are envisaged, including commissioning more tampions to take into account some of the larger pieces of ordnance that will be protected in this way.

In addition to the placement of new tampions, a number of artillery monuments will also undergo extensive maintenance works – these works include the repainting of gun barrels and treatment and re-varnishing of the wooden carriages where required. The first asset to be revamped in this way is the iconic Koehler Gun and Carriage at Casemates Square. As part of the renovation works, the wooden carriage which had accumulated years of dirt and grime has been recently jet-washed in preparation for the re-varnishing and re-painting of the entire gun piece which will also be fitted with a new tampion. The balustrades around the platform will also be repainted/replaced and the greenery trimmed to enhance the visual impact of the historical monument.

Minister for Heritage, Prof John Cortes explained that it is these seemingly small measures that really contribute to preserving and appreciating our heritage in the urban environment and their enjoyment by the public. “Apart from the fact that the tampions look great, they record the importance of the RAOC in Gibraltar’s history and serve an important part in protecting the gun barrels from the elements and so prolongs their life”, added the Minister. 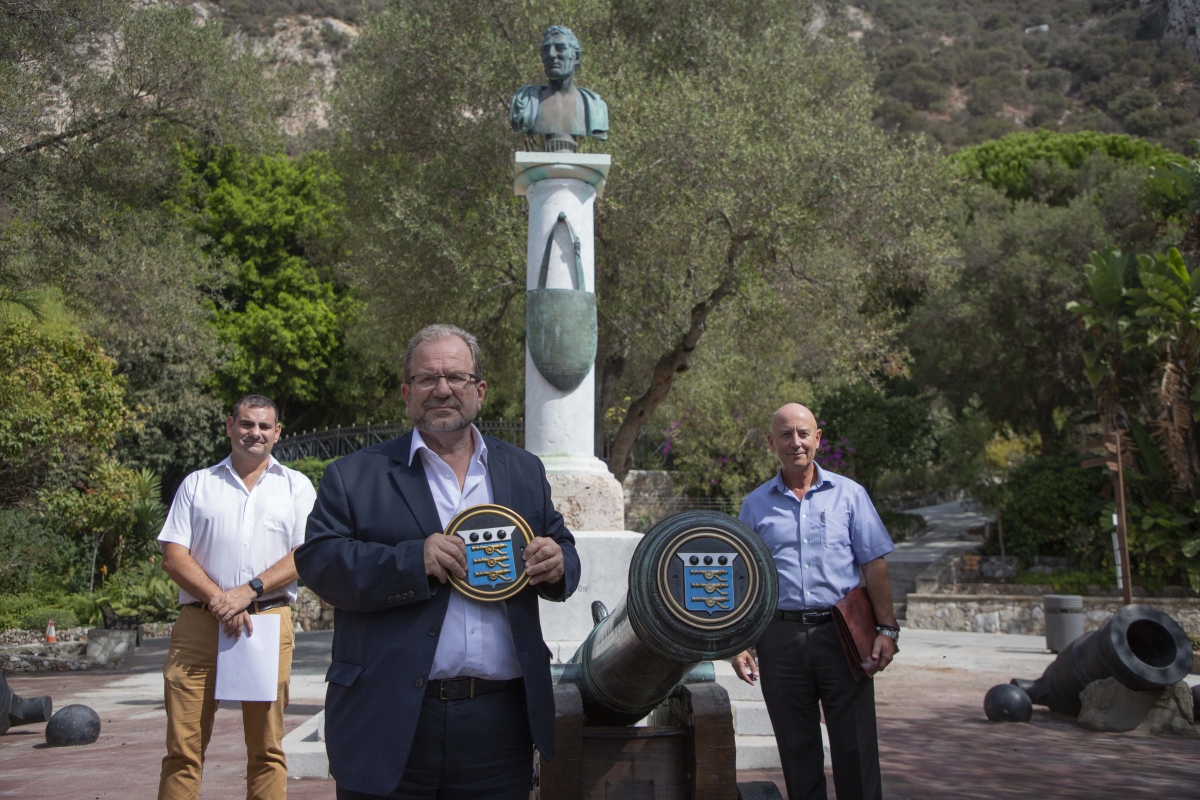