Minister for the Environment, Sustainability, Climate Change, Heritage and Culture, Professor John Cortes unveiled a reconstruction of the head of a Bronze Age man from Gibraltar on Tuesday 24th November, 2020.

The reconstruction was of a man whose cranium was excavated from Bray’s Cave on the Upper Rock by a team from the Gibraltar National Museum in the course of excavations carried out between 1999 and 2006. He was one of nine individuals (including adults, a five year-old, a 9/10-year old, a 15/20-year old, and a neonate) buried on site. The burials were dated to between 1,496 and 1,900 BCE, that is approximately 3.5 to 4 thousand years ago. This individual was subsequently sampled for ancient DNA as part of a collaboration with the Harvard Medical School, a project which also revealed part of Calpeia’s (a Neolithic woman from Europa Point) DNA. The results were published in 2019 in the journal science (https://science.sciencemag.org/content/363/6432/1230). The skin, eye and hair colour were derived from the genetic information obtained from a sample of Iberian individuals from that period (which included Bray’s Cave Man) used in the published study.

Following the presentation of the reconstruction, the Gibraltar National Museum put out a call to the public for suggested names that could be given to this individual. A total of 188 name proposals were received, reflecting the public interest in the project. A team of curators and scientists from the museum whittled the list down to five names which were then put to public vote on social media. A total of 451 votes were received. The winning name was Yantar with 179 votes (39.69%).

Yantar means amber in Russian. The individual is known to have had his origins in what is today the Russian steppe. This is also one of the main sources of amber. When Yantar was excavated, archaeologists were intrigued when they found an amber bead as part of the burial. The reason for the surprise is that there are no sources of amber in the western Mediterranean. The closest sources are in the eastern Mediterranean where the bead was assumed to have originated but the genetic information of the origin of Yantar opened up the possibility that the source of the amber was instead the Russian steppe. Scientists at the Gibraltar National Museum hope that further work may confirm the source of the amber.

The Gibraltar National Museum is grateful to the public for the fantastic response and support. Yantar is expected to go on permanent exhibition in the spring. 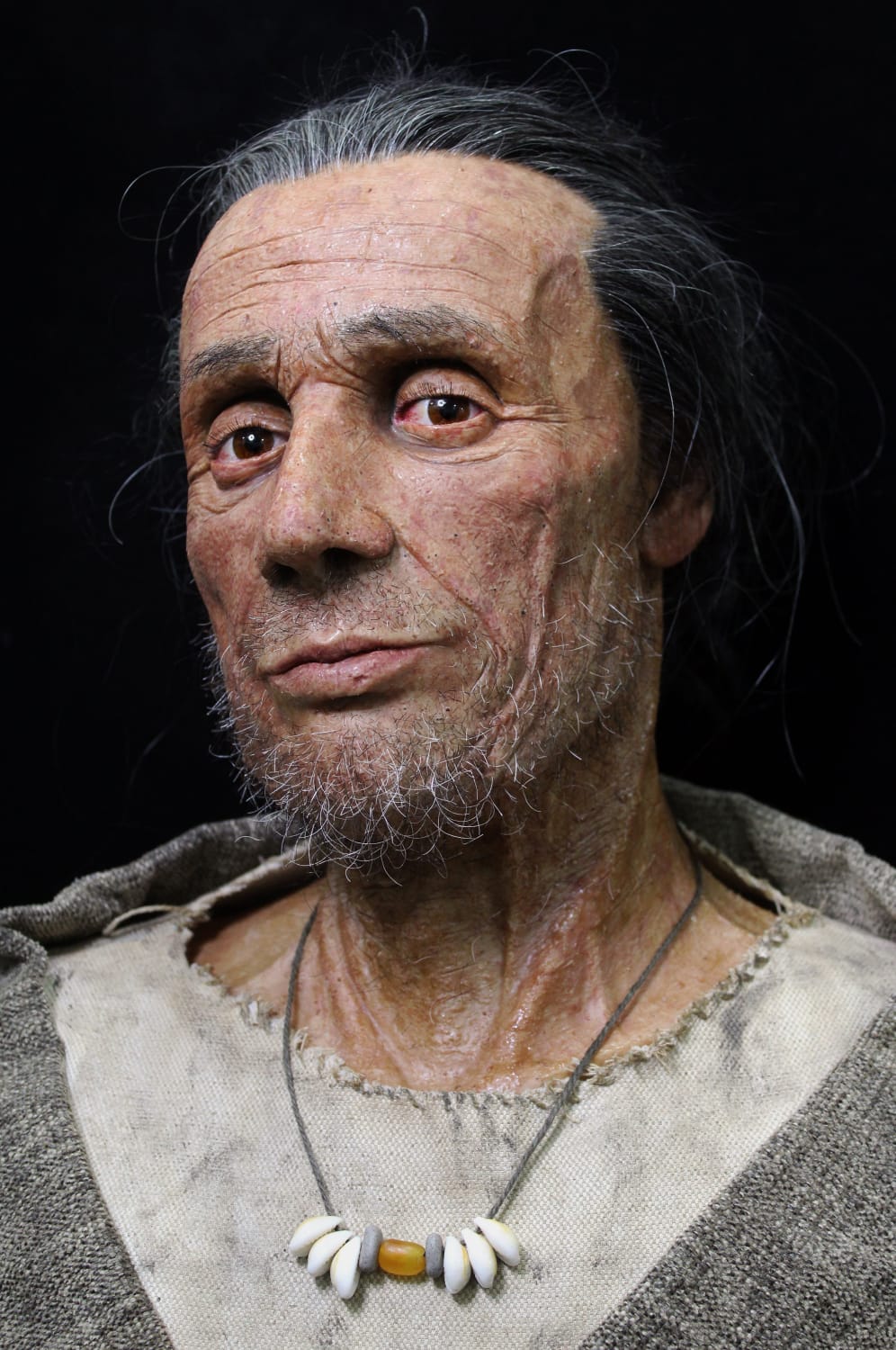