The vessel is part of the German Tui Cruises fleet and like her sister ships was built by Meyer Turku Shipyard in Finland. Mein Schiff 6 is the newest of the fleet having completed its maiden voyage in June 2017. It has a gross tonnage of 99,500GT, a length of 294 metres and can carry approximately 2500 passengers and 1030 crew.

Tui specialises in premium cruise vacations for German speaking customers whilst at the same time offering value for money for those who enjoy comfort and fine dining. In 2016 Mein Schiff 1, 2, 3, 4 and 5, all made their inaugural calls to Gibraltar. Tui Cruises have become an important customer for Gibraltar, having increased their calls from 9 in 2016 to an expected 24 calls this year.

As with other inaugural calls there was an informal ceremony on board where an exchange of plaques took place between the ship’s captain, representatives of the Gibraltar Tourist board, the Gibraltar Port Authority and the ship’s local agents Incargo. 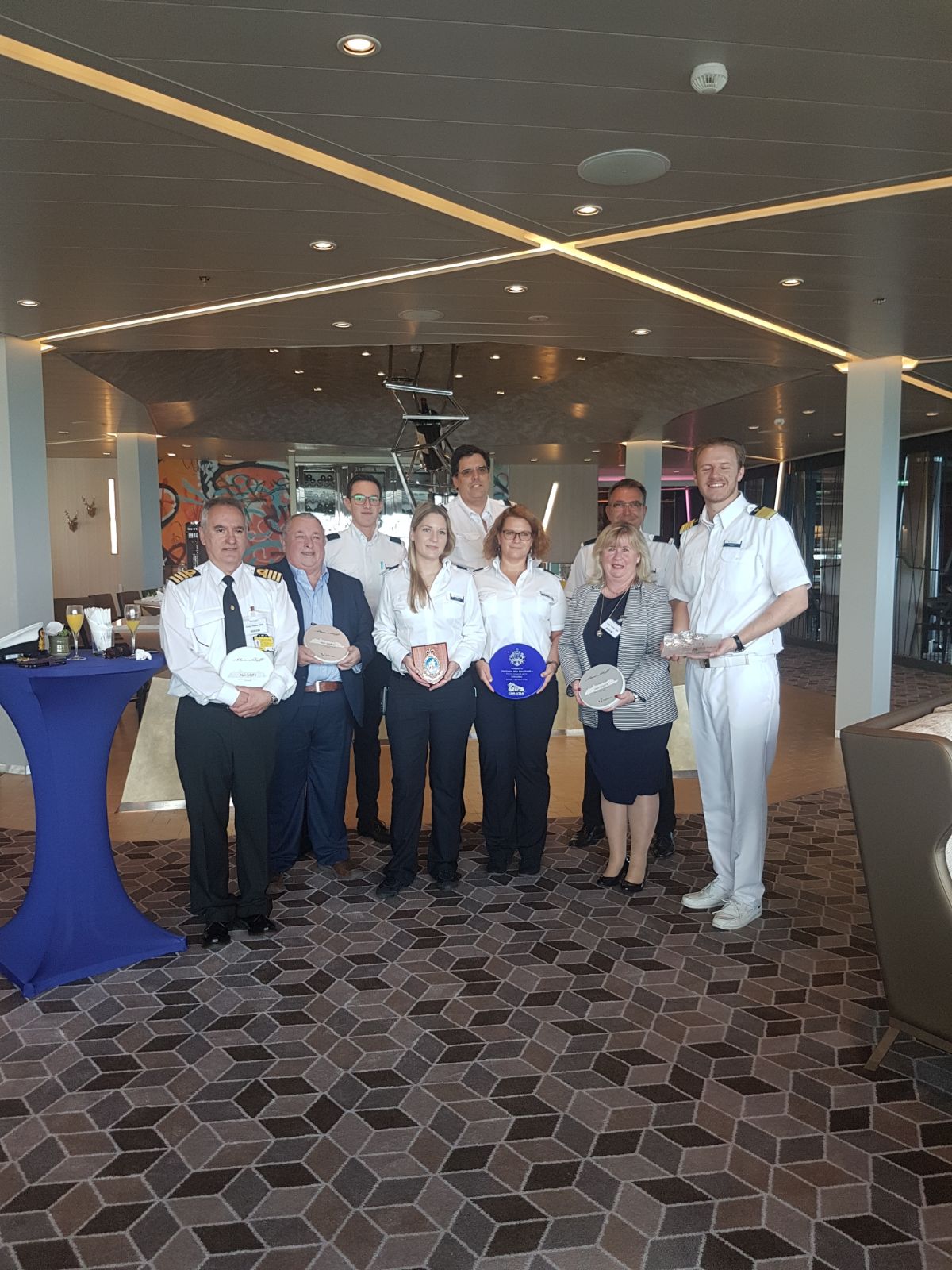