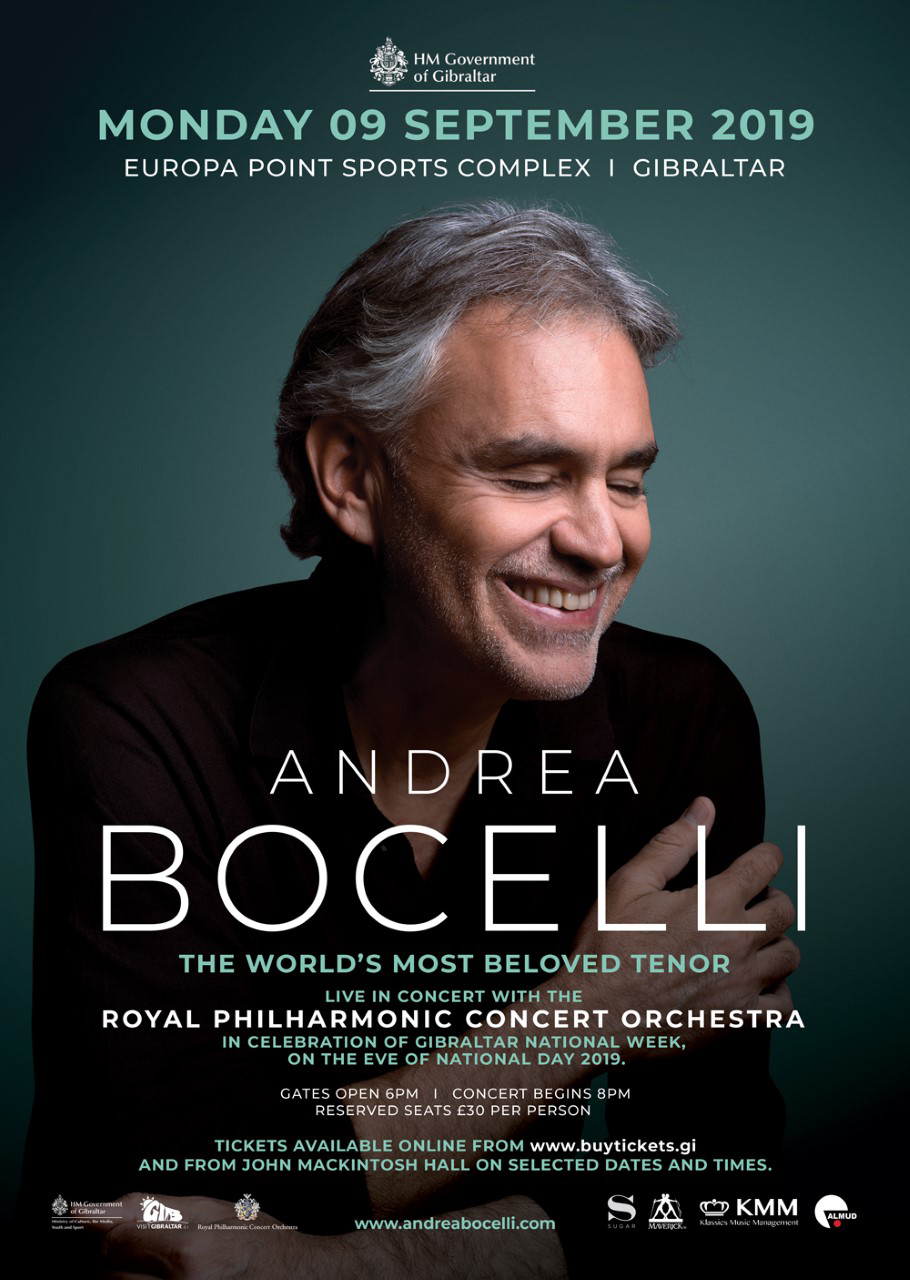 Following a record-breaking year with the release of his number one album, “Si,” Andrea Bocelli has today announced that, on 9 September, he will perform in Gibraltar with the Royal Philharmonic Concert Orchestra as part of Gibraltar’s National Week Celebrations.

Reportedly the biggest selling solo classical artist of all time with over 90 million worldwide album sales, Bocelli has performed for four US Presidents, two Popes and many Royal families across the world, as well as at high-profile ceremonies for the Olympic Games and the World Cup. Bocelli has countless music awards to his name over past 25 years in music and even boasts a Star on the Hollywood Walk of Fame, which he received in 2010 for his contribution to live theatre.

The September concert, to be held at the Europa Point Sport Complex, will be Bocelli’s first visit to Gibraltar and will form part of his world tour.

His performance will feature a unique repertoire from Bocelli’s landmark release “Si,” his first ever chart-topping album on the Billboard 200 chart. The world-renowned tenor will also treat audiences to his beloved traditional selection of arias, love songs and crossover hits.

Chief Minister, the Hon Fabian Picardo QC, said. ‘I am delighted that we are able to bring the world's favourite tenor to Gibraltar for a concert to celebrate 50 years of the Preamble and to commemorate the suffering of the closed frontier generation. He will be accompanied by one of the greatest orchestras in the world and will perform in from of 10,000 people at Europa, between the Pillars of Hercules. This will be an unforgettable night of music which will appeal across the generations. It is an honour for me as Chief Minister to be able to announce this magnificent concert for our people.’