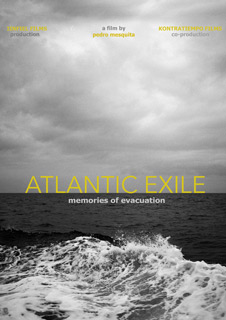 A documentary of the evacuation of the people of Gibraltar to Madeira during the Second World War will premiere in Gibraltar later this month.

Work on the project commenced in 2015, as part of the events to mark the 75th anniversary of the evacuation.

It will be recalled that the people of Gibraltar were first evacuated to French Morocco in 1940. When France fell, they returned to Gibraltar from where they were sent onwards to Madeira, Jamaica and the United Kingdom. The last evacuees returned to the Rock in 1951.

The documentary, which has been directed by Portuguese film-maker Mr Pedro Mesquita, has been produced by IIngfiel Films and Kontratiempo Films. The documentary will run for approximately one hour.

It is the story of the evacuation to Madeira as told by the evacuees themselves – in English, Spanish and Portuguese. Sadly some of those who participated in the documentary and who gave first-hand accounts of their experiences are no longer with us. Nonetheless, the Government considers that it is a tribute to them and to their memory that their experiences have now been recorded for posterity.

The Deputy Chief Minister Dr Joseph Garcia, who led on the commemorative events to mark the 75th anniversary in 2015, said:

“The evacuation of the civilian population, our women, children, elderly and infirm, during the War was a landmark in the political and constitutional development of Gibraltar and in our progress as a people. The experiences that the evacuees underwent and the concerns of the men left behind to fight the War blended together into a powerful movement for civil rights and greater self- government. This is the story of those who went to Madeira as told by the evacuees themselves.”

Registration is possible by email at dcm@gibraltar.gov.gi by telephone at 20059267 or in person at No 6 Convent Place.