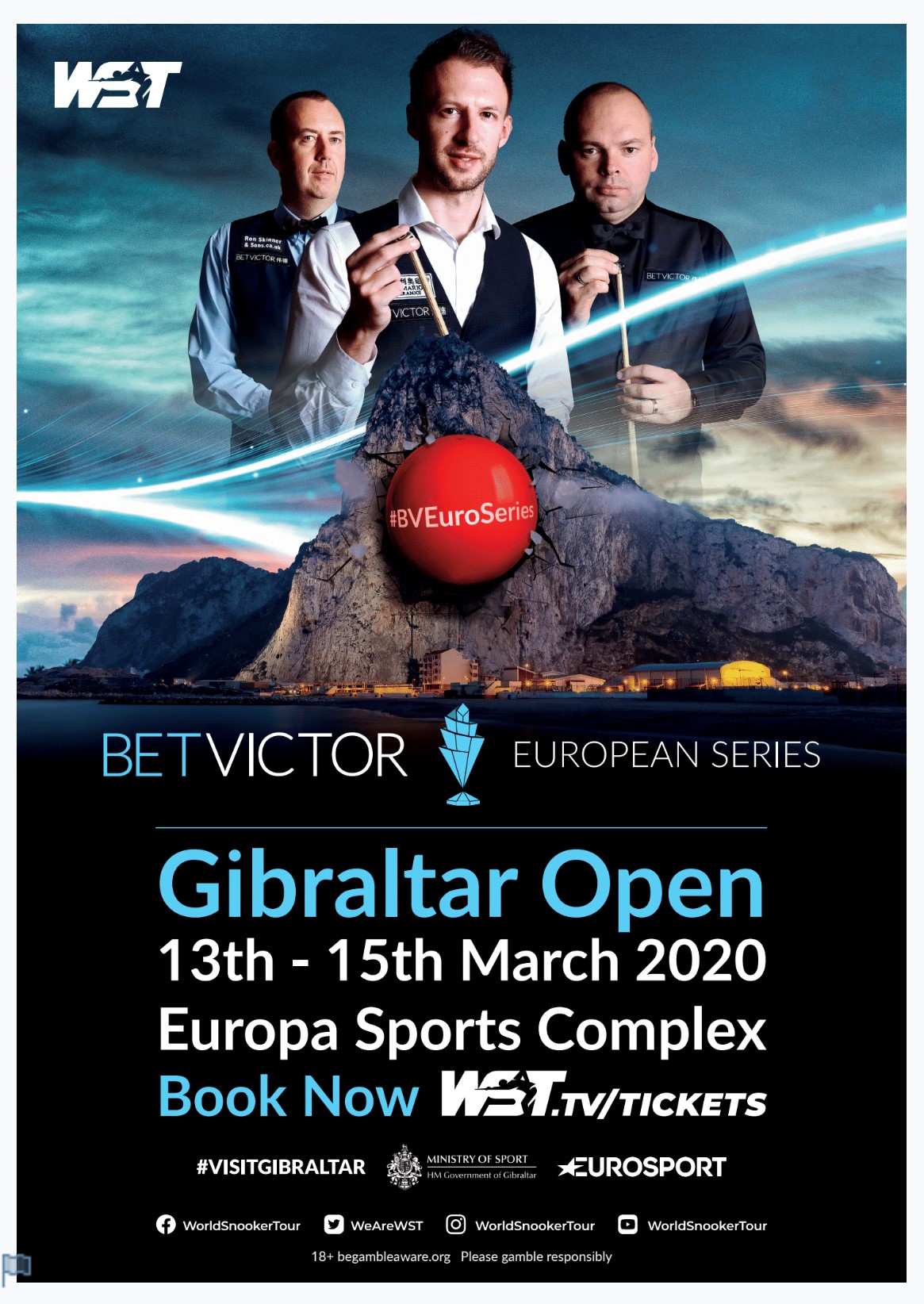 It will be the fourth and final event in the new BetVictor European Series, with a £150,000 bonus available for the player who tops the ranking list which runs across those four events.

Stuart Bingham won the world ranking title for the first time in 2019, beating Ryan Day 4-1 in the final.

In 2017 the Gibraltar Open was won by Shaun Murphy, beating Judd Trump 4-2 in the final.

Gibraltar hosted a professional snooker tournament for the first time in 2015, at the Tercentenary Sports Hall.

The tournament is supported by the Ministry of Sports, HM Government of Gibraltar.

LOCAL TRANSPORT & TRAVEL TO THE EVENT

There will be plenty of buses and local stops around Gibraltar to transport you to and from the event.

There will also be plenty of available taxis and different taxi ranks around Gibraltar. Alternatively there are pedestrian routes you can take to the venue, however please be advised this can be a long walk for many and we encourage you to check the route before hand.

Prices are as follows;